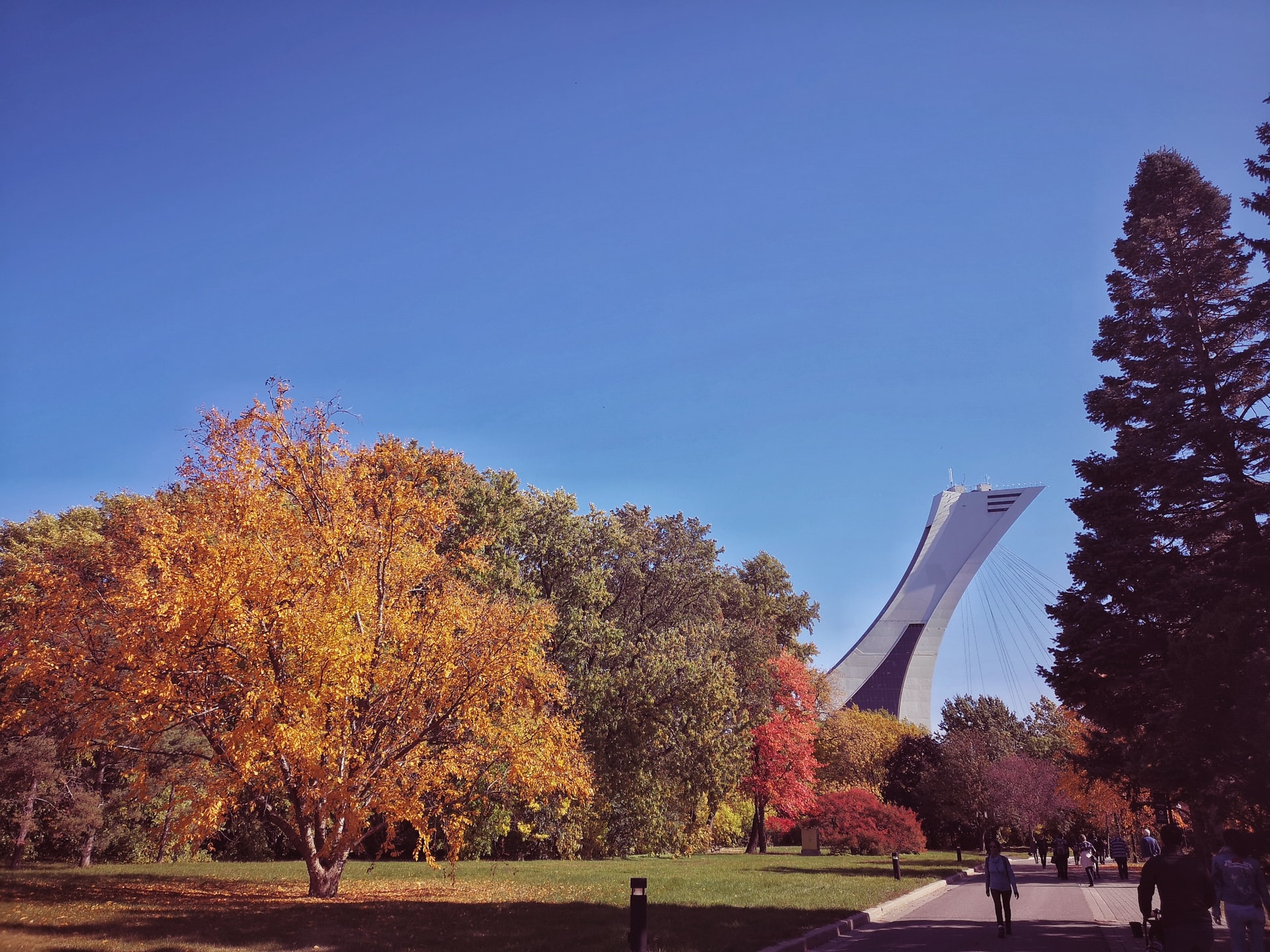 Behind the Scenes: The Electric & Plug-In Hybrid Vehicle Shows in Montreal & Quebec

The ChargeHub Team had the pleasure of participating at the Electric & Plug-in Hybrid Vehicle Shows in Montreal and Quebec City, which took place at the end of September 2021. Our team was very excited for the return of these in-person conventions, and we surely weren’t the only ones to feel this way!

The Electric & Plug-In Hybrid Vehicle Shows in Montreal & Quebec generally last three days and provide a great opportunity for all to see, test, analyze and compare the newest products in the field of electric mobility, as well as learn about the latest technological innovations pushing the industry forward. Not only is the show a good wat to learn about electric vehicles (EVs), it also allows you to enter raffles and win prizes that are exclusively available to event attendees. 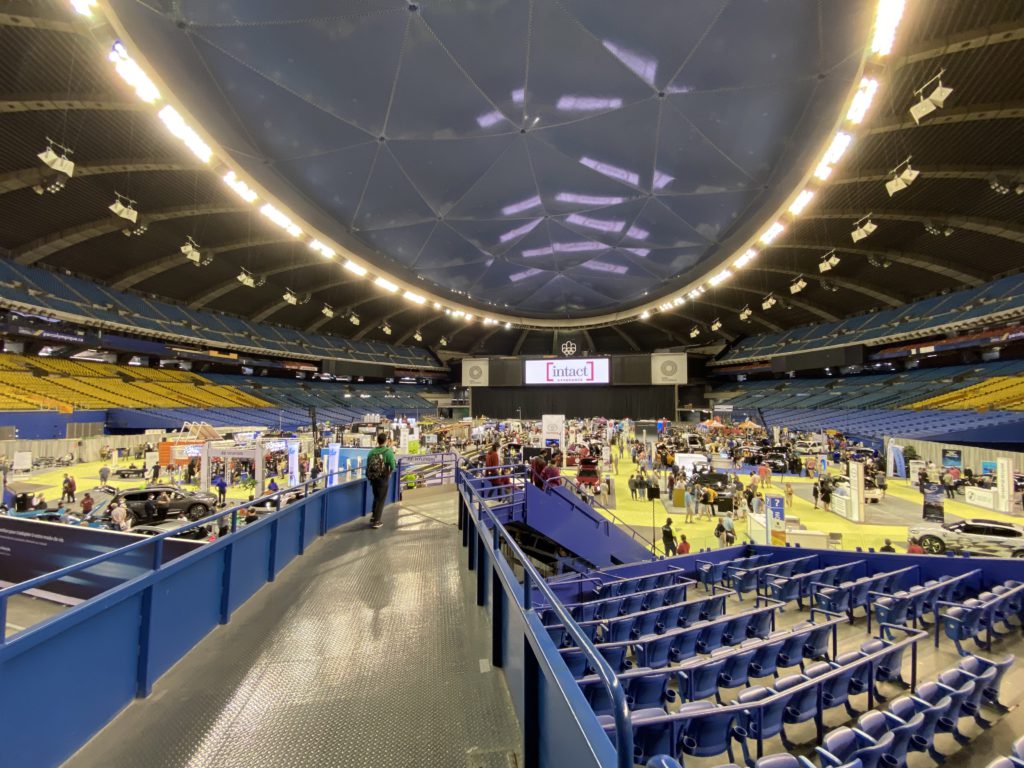 The Electric & Plug-In Hybrid Vehicle Show in Montreal was the first to take place at the Olympic Stadium. Our kiosk was located right next to leading EV companies such as Hyundai, Polestar, Porsche, Tesla, and many others.The atmosphere was lively, with each booth filled with a variety of companies and visitors passing through every hour.

Many attendees went to the drive track to test different EV models and eventually made their way to our booth. They were greeted by the ChargeHub Team who answered their questions about home charging, and it wouldn’t take long for attendees to notice a large blue futuristic EV at our kiosk—a Hyundai Ioniq 5 to be exact. That’s right! As Hyundai Canada’s partner for EV charging, ChargeHub had the opportunity to showcase its upcoming EV at our kiosk for the entirety of the Electric & Plug-In Hybrid Vehicle Show in Montreal. 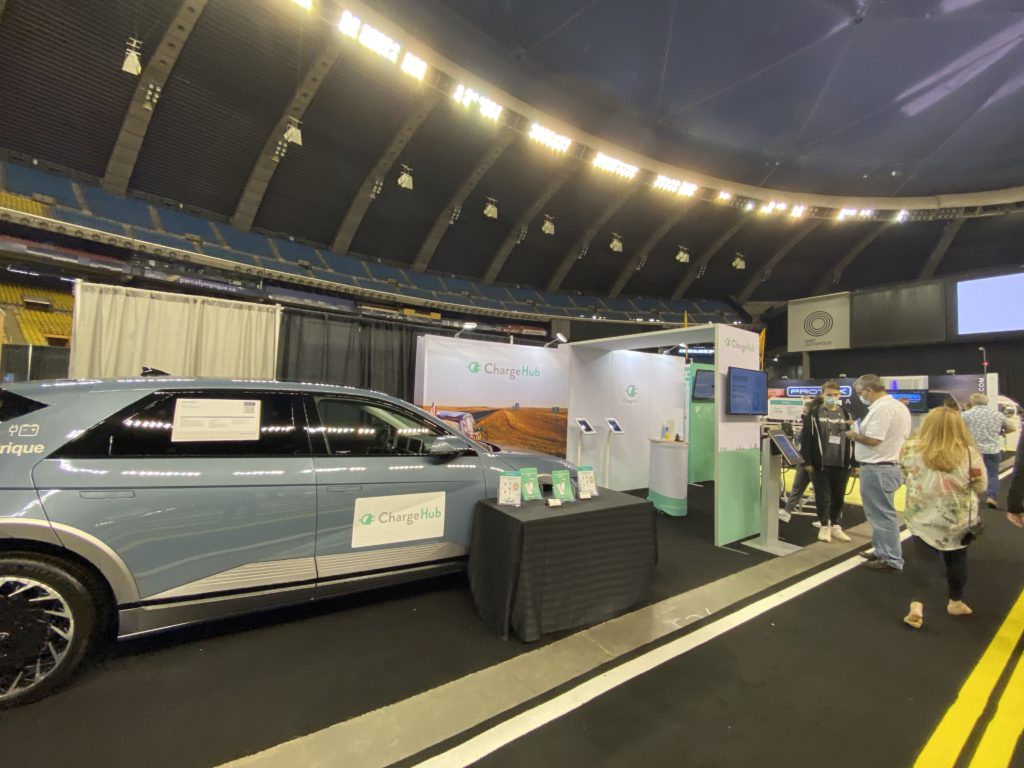 One of the perks of being an attendee this year was the ability to participate in the pre-sale of the ChargeHub Passport—a highly anticipated product launching this Fall. The ChargeHub Passport will permit you to seamlessly pay for public charging sessions using the application of your choice. Until Passport is officially launched, you can access the ChargeHub map which shows you charging networks and stations all throughout North America here: Charging stations map for EV on your smartphone.

Simultaneously, we had a raffle going on with Hyundai Canada which allowed us to offer a special giveaway raffle to all attendants of the show. If you signed up at their kiosk, you had the chance to receive one of two $1,000 prizes to be used at ChargeHub’s online store.

Two weeks later, it was Quebec City’s turn to host its Electric & Plug-In Hybrid Vehicle Show. The convention was held at Centre des foires and although it was a smaller scale than the Olympic Stadium of Montreal, it had everything the Montreal show had to offer; many different kiosks and a test drive track. ChargeHub was again present for the full weekend, and ready to hand out prizes and run raffles.

At the Centre des foires, the carpet looked like a road with yellow dotted lines paving the way for attendees between kiosks. Representatives from companies such as ChargeHub, Hyundai Canada, and EVduty are ready to answer all your questions about electric vehicles and charging, to installation, maintenance and any other concerns you may have. 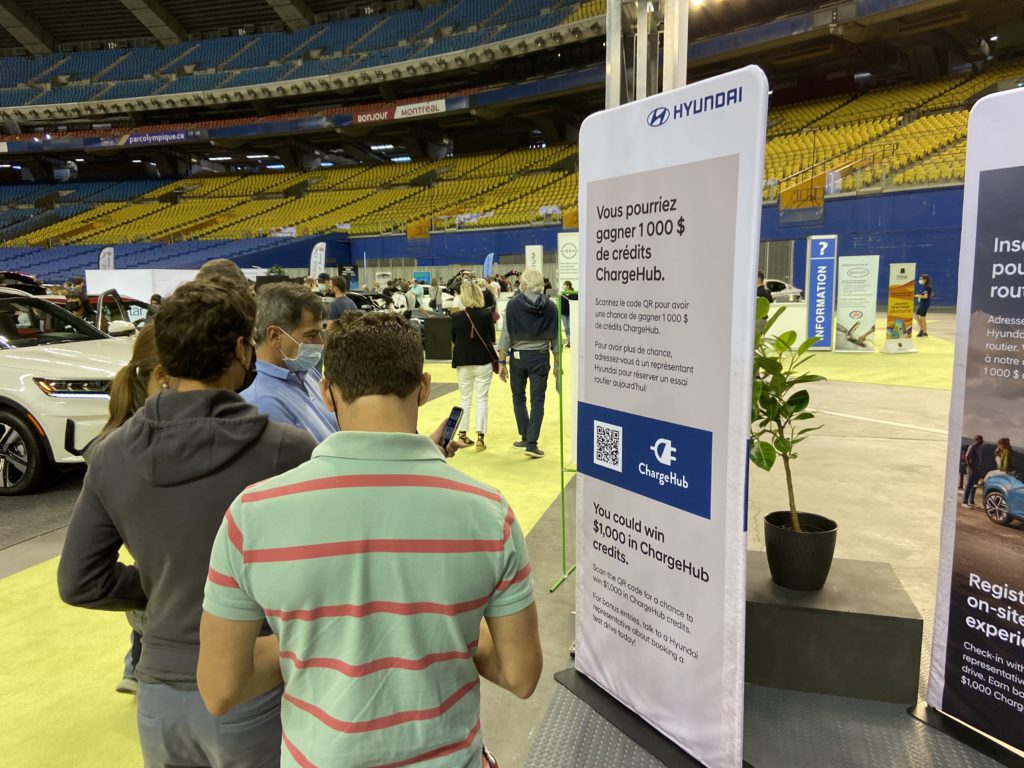 In both Montreal and Quebec City, our team was ready to answer all questions regarding home charging, such as how to install a level 2 charger and what are the benefits of a level 2 home charger. Other frequently asked questions included how much it costs to charge an electric vehicle from home, and what are the available government rebates.. Attendees also wanted to know how to charge their car during road trips on the go, and what the best choice of home charger is for outdoor installation.

Missed out on the convention but still have unanswered questions not listed above? Check out all our guides on the ChargeHub website: Discover and understand the electric vehicle world.

Overall, it was a great convention to kick off the first of many in-person events, with a great turnout and many people wanting to know more about EV driving.

If you missed  the Electric & Plug-In Hybrid Vehicle Shows, we hope to see you next time! And remember, for anyone still curious to learn about EVs before the next conventions, ChargeHub is always here to help you with any questions or concerns you may have—no matter what step you are at in your EV journey!